Moz published data showing how based on their 10,000 keyword data set that the Google diversity update where Google would infrequently show more than two results from the same domain was a tiny change and possibly done as a PR maneuver to appease the regulators.

Dr. Pete Meyers wrote “while Google technically improved site diversity, the update was narrowly targeted and we had to dig to find evidence of improvement.” He said that the “average diversity did improve marginally, from 90.23 percent to 90.72 percent (a 0.49 percent improvement).” He then showed this graph that basically didn’t show the change: 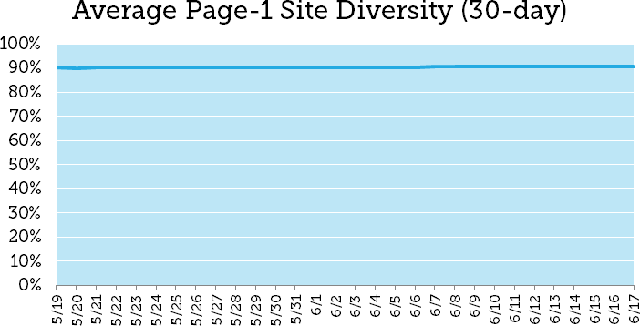 So he zoomed in to show more and then decided to isolate situations with more than two listings from the same site by looking specifically at SERPs with a site diversity score of 80 percent or better (eight out of ten sub-domains are unique). There he saw a a 2.1 percent improvement in diversity: 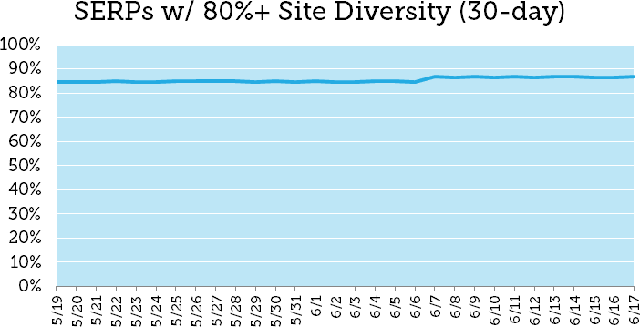 What Dr Pete said on Twitter was a bit more interesting because it showed what he really felt, at least personally:

Google’s public statements were factual — there were marginal improvements in SERPs with 3-5 repetitions of a single site — but my gut feeling is that this was mostly a PR maneuver aimed at regulators.

That said, I think a sincere willingness to tackle this problem would’ve resulted in much more measurable improvement.

Do you feel an impact from the diversity update? I mean, for navigational and branded queries, Google is still going to show more than two results from the same domain – they basically said that. But for generic queries, Google is trying to not show more than two results and when someone points out they are, Google has taken that feedback back to the engineers.