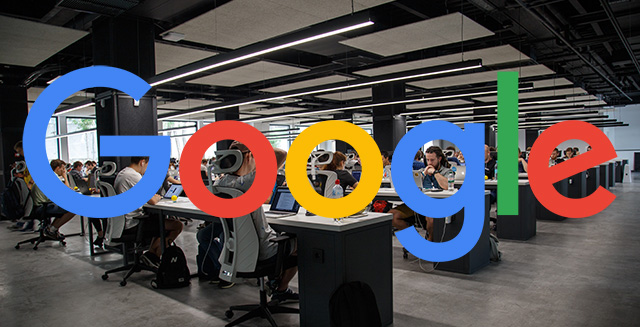 There has been a string of articles in the past few weeks about Google not being the same company it use to be. The culture, the strive, the attitude and passion, the do no evil, seems to have somewhat gone out of the window. I don’t have any inside information, but I found a former Googler Jonathan Rockway comment about it on Reddit and wanted to share it with you.

The article he was referencing when he commented was Google veterans: The company has become ‘unrecognizable’ at CNBC. There is also this Medium post I Was Google’s Head of International Relations. Here’s Why I Left. by Ross LaJeunesse.

Now, here is what Jonathan said in response to the CNBC story:

Many years ago, maybe before I even worked at Google, I read a very wise post here. I think it was from nostrademons. The gist was that one cannot be given a good place to work, one has to make an active effort to make it a good place to work. When a lot of people come together with the same ideas, they can make a place that wins awards for being a good place to work, but there always has to be active effort from everyone to keep that alive. You can’t just show up and hope that the “make this place good to work at” team makes this place good to work at. You are that team!

That attitude, to me, kind of explains the downfall of Google. People started to realize they could stop doing the things that made it a good place to work, and just focus on their project work. No need to do a tech talk to share with the company what you’re up to. No need to clean up tech debt. No need to work with the teams whose products you consume to make them better. Just take every shortcut to launch, get promoted, and get more power. People saw that that worked better than being transparent, fixing tech debt, etc., and now THAT’S the culture. People see that working, repeat it as fact (“how to get promoted: don’t fix bugs!”), and then that becomes the culture and that’s where Google seems to be now. Now people think that there is nothing they can do to change the culture, and maybe that’s true. There is just too much inertia and so YOU being transparent, YOU being a good steward of the codebase and shared resources, etc. just won’t matter. They just get in the way of getting promoted. So people fall back to the natural human fallback of “appeal to authority”. They write open letters, they have protests… but it doesn’t matter. That never worked. The early engineers didn’t write open letters to management about having a shared codebase, or requiring code reviews… they just did it. It is hard work, often with no reward, but over time the benefits accumulate. But when you stop putting in the work, it stops working. Now the company is too large to ever change, probably. But it got there because people were lazy about protecting the culture, and now all that cultural tech debt piles up and results in the things that we read about on HN.

Next time, when you’re at a new company… realize that YOU have to set the objectives. If you want transparency, be transparent about your work. Do internal talks or write internal blog posts about what you’re up to. Give curious people permission to look around and play with your service. Give people peer bonuses and write them good reviews when they do menial tasks that help code health long term. You have to make a conscious effort every single day, and remind others to do the same… or you’ll just end up with another heartless megacorp that is coasting on momentum from all this work that people put in in the early days. And, you have to deal with the consequences of your positive culture. Some jerk is going to break your service that has no rate limits. Someone is going to walk off with your customer list. You’re going to miss a deadline because someone was doing a big refactor instead of that last little cleanup before launch. If you really value transparency, code health, whatever, you have to accept that they are going to conflict with other things you care about! If you can’t accept that, you aren’t going to really have that culture that you want.

(Also, to be clear, I am not criticizing anyone mentioned in the article here. I did not work with them at Google, but they were very transparent about what they were working on, so I know exactly what they were up to at any given time. And I was also pretty transparent, so I bet they knew me despite having never worked with me. A lot of people were doing a lot of good things, and that community certainly knew each other well, even if only in passing. But there were tens of thousands of people that just existed without contributing positively to the culture, and the “carrying capacity” was reached and here we are. It is sad to see.)

Anyway, I write this because it is something that everyone will need to think about in their next (or current) adventure. You have to decide what you value, and if it’s a “good culture”, you will have to scrimp somewhere else to make that a reality. Nobody is going to do it for you. You have to be the “management” or “promotion committee” that enforces your values. And it will come at a cost!

I found it pretty interesting coming from a software engineer who worked at Google.